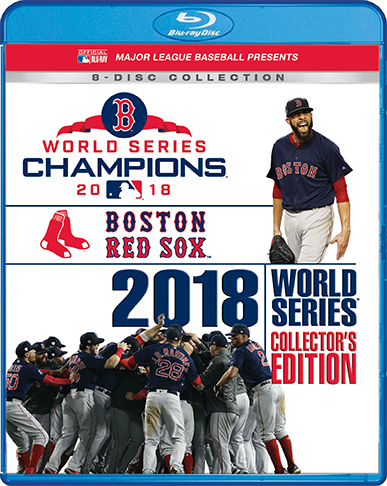 The 2018 Major League Baseball® season ended with the Boston Red Sox™ as distinct favorites to win the World Series®. The 108-win Red Sox kept rolling for 11 more wins to earn a World Series title and cement themselves as the best team in the franchise's 118-year history. First they overcame the rival New York Yankees™, also winners of 100 games. Then awaiting in the ALCS™ were the 103-win Houston Astros™, defending World Series champions. The Red Sox methodically advanced to face the Los Angeles Dodgers™ in the Fall Classic™. The Boston favorites won Games 1 and 2 at Fenway Park™, were defeated in an historic 18-inning battle in Game 3, then produced a dramatic comeback win in Game 4 before producing a convincing clincher in Game 5.

INCLUDES ALL FIVE GAMES FROM THE 2018 WORLD SERIES