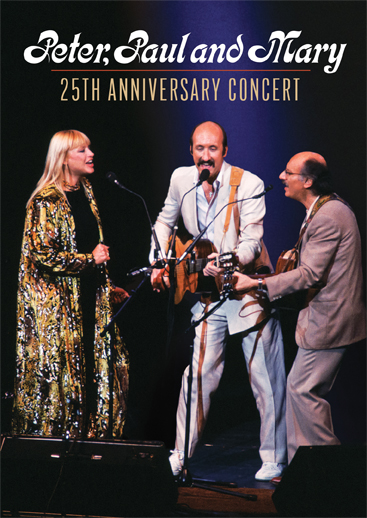 In 1986 the legendary Peter, Paul and Mary marked their 25th anniversary with the taping of their first PBS TV special. Now, two and a half decades later, in celebration of the 50th anniversary of the formation of the group in the famed Greenwich Village, this joyous yet deeply moving live concert is being first released on DVD.

"If I Had A Hammer," "Puff, The Magic Dragon," "Blowin' In The Wind" and "Leaving On A Jet Plane," as well other songs that became classics, resonate with the trio's openness, genuine warmth and passionate conviction. This formidable legacy has made this trio and its music a true and enduring national treasure.