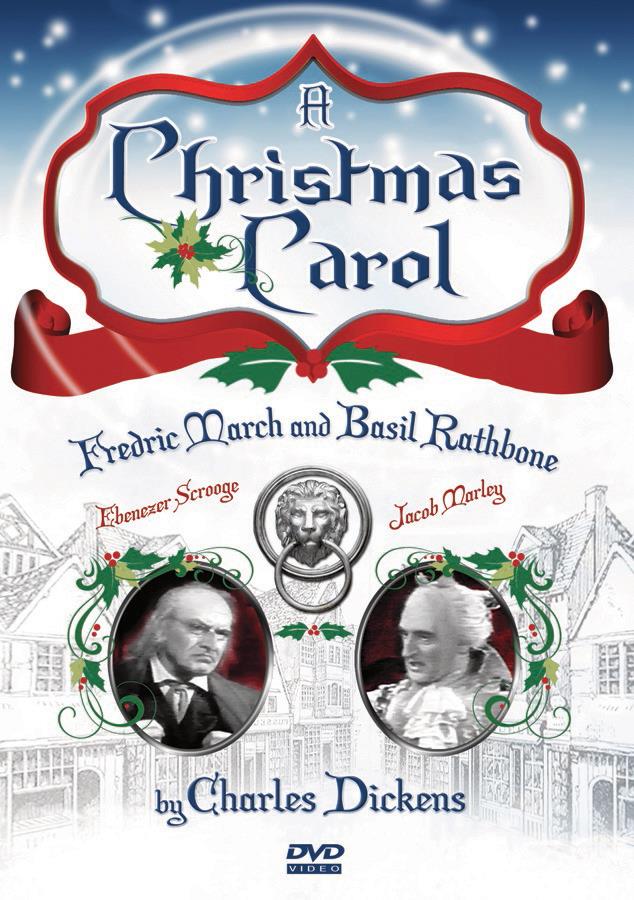 One of the most beloved and retold of all Christmas stories, A Christmas Carol was written in London by Charles Dickens in 1843. Since that time it has been the subject of countless adaptations for theatrical productions, radio, film, television and even the opera! THis musical version, adapted by Maxwell Anderson for the television show Shower of Stars, features Fredric Marsh (The Man in the Grey Flannel Suit) as the misanthropic Ebenezer Scrooge, who's redemption comes after a ghostly night-time journey through his Christmas Past, Present and Future, and March received an Emmy nomination for his portrayal. The great Basil Rathbone (The Adventures of Sherlock Holmes) co-stars as the ghost of Scrooge's dead partner Jacob Marley, in what many consider to be the best and most chilling portrayal of Marley ever. William Lundigan is your host, and the fine cast includes Bob Sweeny (The Andy Griffith Show) as Cratchit, Bonnie Franklin (One Day at a Time) in an early role as one of the Cratchit children, and Sally Fraser as the Ghost of Christmas Past. Ms. Fraser's singing voice was dubbed by the great Marilyn Horne, and Bernard Hermann wrote the score.

This adaptation of A Christmas Carol is great family entertainment, and is sure to help capture the spirit of Christmas, past, present, and future!