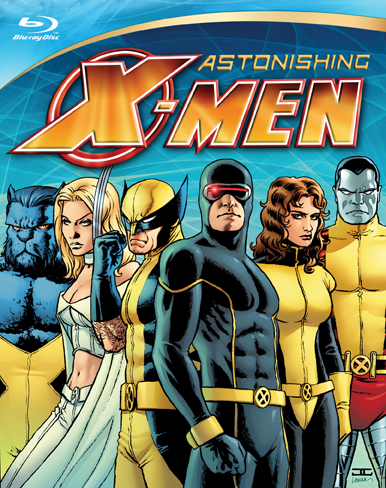 Gifted -- When Dr. Kavita Rao develops a controversial “mutant cure,” the X-Men once again find themselves battling against science, prejudice and a mysterious new alien foe!

Dangerous -- The tragic death of a student at the Xavier Institute reveals that a powerful enemy is working from inside the mansion to destroy the X-Men — an enemy who knows all of their weaknesses and can predict their every move.

Torn -- Emma Frost’s erratic behavior has the X-Men spinning in a nonstop downward spiral. Will an unlikely union be the final straw? Plus: The X-Man destined to destroy the Breakworld stands revealed!

Unstoppable -- The X-Men are off to protect the Earth from its destruction at the hands of the Breakworld. And when it’s all over, nothing will ever be the same!

For the first time ever, you can now see these exciting stories in astonishing high-definition on Blu-ray!