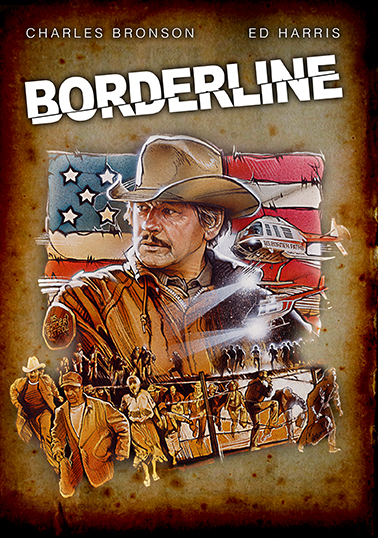 Charles Bronson dares you to cross this line!

Screen favorite Charles Bronson stars as Jeb Maynard, a tough-as-nails US Border Patrol officer stationed between San Diego and Tijuana. When his best friend and partner (Wilford Brimley) is murdered by a notorious smuggler of illegal immigrants known as "The Marine," Maynard begins a relentless manhunt to bring stability to the border and justice for his fallen comrade.

Co-starring Ed Harris (Pollock) as the brainy, ruthless smuggler who is seemingly always one step ahead of Maynard, and Bruno Kirby (City Slickers) as a rookie officer drawn to Maynard's crusade, Borderline is a taut thriller that true Bronson fans will love.