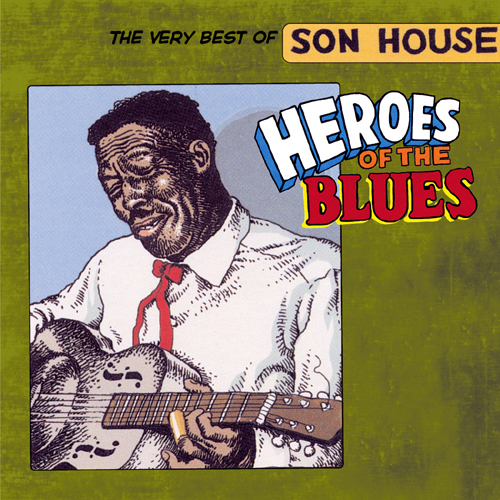 Heroes Of The Blues: The Very Best Of Son House

Son House's place, not only in the history of Delta blues, but in the overall history of the music, is a very high one indeed. He was a major innovator of the Delta style, along with his playing partners Charley Patton and Willie Brown. Few listening experiences in the blues are as intense as hearing one of Son House's original 1930s recordings for the Paramount label. Entombed in a hailstorm of surface noise and scratches, one can still be awestruck by the emotional fervor House puts into his singing and slide playing. Little wonder then, that the man became more than just an influence on some White English kid with a big amp; he was the main source of inspiration to both Muddy Waters and Robert Johnson, and it doesn't get much more pivotal than that.