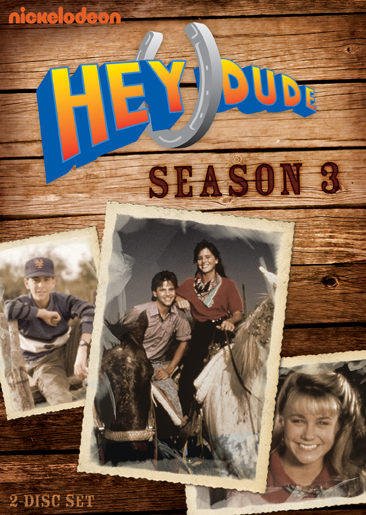 Benjamin Ernst (David Brisbin) wrangles up his crew for another season of hay, horses and hilarity down at the Bar None Ranch.

Hey Dude ran on Nickelodeon from 1989-1991 and has since become a cult sitcom favorite. So dust off your chaps and hit the trail with Hey Dude: Season Three!