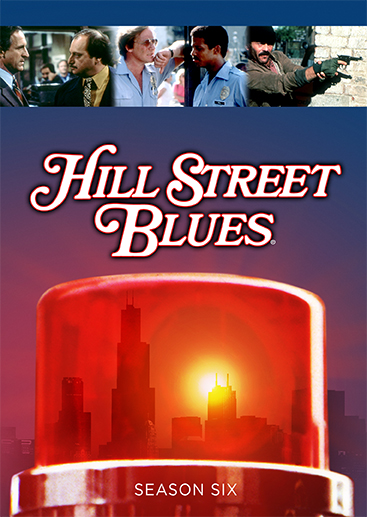 Join the heroic men and women of the Hill Street precinct in the fantastic sixth season of Hill Street Blues, the groundbreaking series created by Steven Bochco (NYPD Blue, L.A. Law) and Michael Kozoll universally hailed as one of the greatest programs in the history of television.

Combining gritty realism and surprising humor to document both the personal and professional challenges of the officers and detectives who protect and serve, the sixth season of Hill Street Blues continued the series' tradition of high-quality, compelling television. With top-notch writing, directing, and ensemble acting (from cast veterans Daniel J. Travanti, Veronica Hamel, Bruce Weitz, Joe Spano, Betty Thomas, Robert Prosky and Dennis Franz, appearing as Lt. Norman Buntz), the sixth season of Hill Street Blues maintained the program's dominance as one of the greatest television series of its time, and further solidified its place as one of the all-time finest.

Originally broadcast on NBC in the 1985-86 season, these twenty-two episodes remain as vital and gripping today as when they first aired.