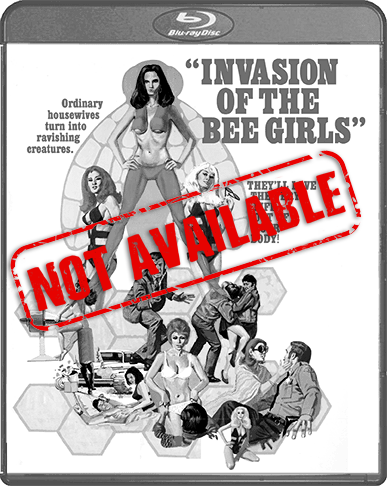 Invasion Of The Bee Girls (SOLD OUT)

"Invasion of the Bee Girls is the best schlock soft-core science fiction movie since The Vengeance of She," claimed film critic Roger Ebert. And who wouldn't be terrified by the very thought of watching these lovely bee-hived beauties love their chosen mates to death? A government inspector, that's who. And now he alone must stop their lust for killing, before he becomes one of the Queen Bee's honeys! This bee-witching tale stars a pair of bee-uties: Anitra Ford (The Big Bird Cage) and Victoria Vetri (When Dinosaurs Ruled The Earth).

Invasion Of The Bee Girls