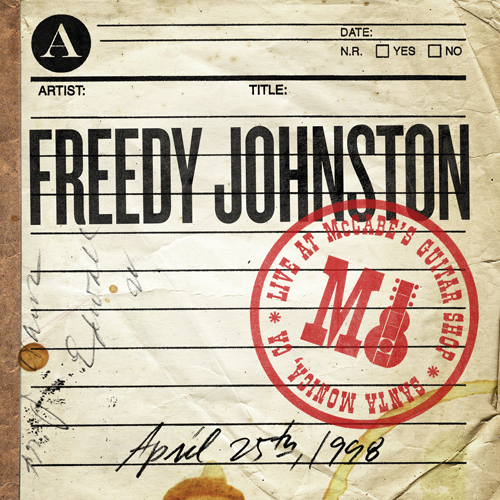 Shout! Factory is proud to present Live At McCabe's Guitar Shop, a new series featuring rare performances from acclaimed musicians and songwriters. On any given weekend, you can walk into Santa Monica's legendary McCabe's Guitar Shop and enjoy an evening of intimate storytelling from the best and most accomplished singer-songwriters around. For years, songwriters-both locals and touring musicians-have used McCabe's low-key, intimate vibe as a place to not only play their best-known songs unplugged, but also try out new material.

Singer-songwriter Freedy Johnston rocketed to fame in the early '90s with the release of his second album, Can You Fly, which critic Robert Christgau called "a perfect album." He recorded a string of albums, including This Perfect World, which spawned the Top 40 hit "Bad Reputation." This previously unreleased live concert, from April 25, 1998, contains not only that song, but also three others from that album, two songs from his at-the-time-unreleased album, Never Home, and his acclaimed cover of "Wichita Lineman" from the earlier Unlucky EP, among other fan favorites.