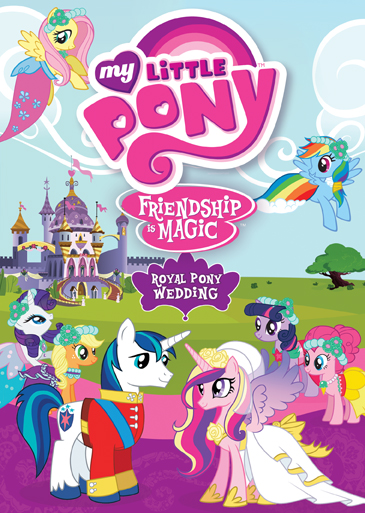 When it’s announced that Twilight Sparkle’s older brother, Shining Armor, is set to marry Princess Celestia’s niece, Cadance, all the ponies in Equestria should be celebrating. But there’s one pony in Ponyville who’s not so thrilled with the news — Twilight Sparkle! Why is the young unicorn so concerned? And will the royal wedding go off without a hitch? Find out in the two-part special, and then join us for the perfect after-party — three more My Little Pony: Friendship Is Magic episodes!