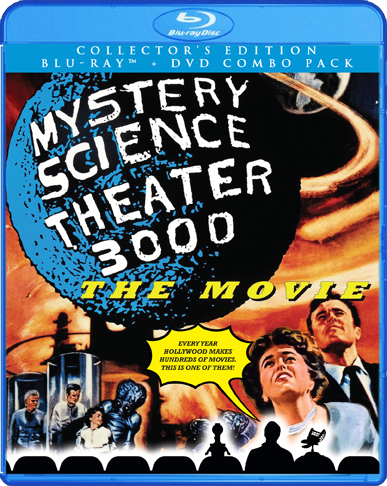 THIS IS ONE OF THEM.

After six seasons of sublime, nerdy fun on television, the cult comedy series Mystery Science Theater 3000 took to the big screen in 1996 for its deliriously funny takedown of the 1955 alien invasion epic This Island Earth.

Evil scientist Dr. Clayton Forrester explains the premise at the start: in his quest for world domination, he devises a scheme to subject the human race to the worst movies ever made. He tests his plan on Mike Nelson, the sole human aboard an Earth-orbiting space station known as the Satellite of Love. But our hero and his two robot sidekicks turn a lemon into a much funnier lemon by showering This Island Earth with wisecracks, ridicule and general silliness. The human race may never be rid of cheesy movies, but when the critics are this nutty, who cares?