"One of the most powerful, visually stunning, intellectually probing anime in the medium's history" – Allegra Frank, Vox

In 2015, Tokyo-3 is under attack from "Angels," extraordinary beings that possess various special abilities. Multipurpose Humanoid Decisive Weapon, Evangelion is the only method to counter these Angels, and Shinji Ikari is chosen as its pilot. The battle for the fate of humankind has begun. Exactly what are the Angels? What is destined for the young pilots? And what will become of humanity?

Presented on Blu-ray for the first time in North America, this groundbreaking, action-packed series from creator Hideaki ANNO has been hailed as one of the most important anime series of all time – a remarkable fusion of genres, and a powerful examination of the relationship between man and machine.

This set includes the original twenty-six episode television series, NEON GENESIS EVANGELION, as well as the films EVANGELION:DEATH (TRUE)2 and THE END OF EVANGELION.

Please Note: The international re-release of NEON GENESIS EVANGELION does not contain "FLY ME TO THE MOON" in any of its home video editions. 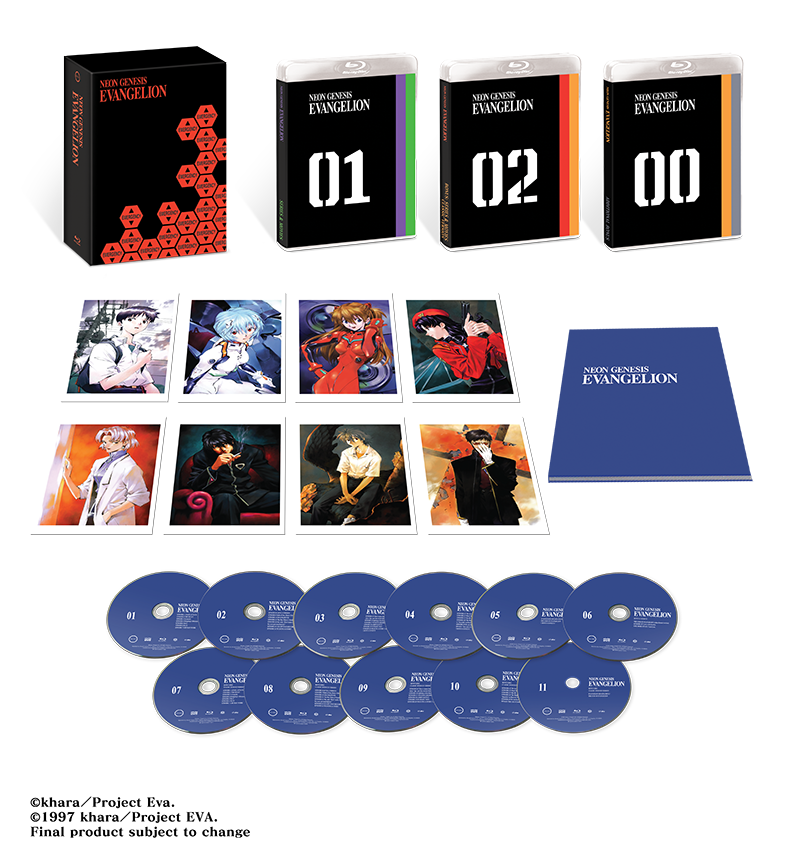 “A masterpiece and one that shouldn't go overlooked by any anime fan. The Blu-ray release features a stunning restoration of the classic. The limited collectors edition includes a plethora of bonus features to entice fans. Highly recommended.” – Neil Lumbard, Blu-ray.com