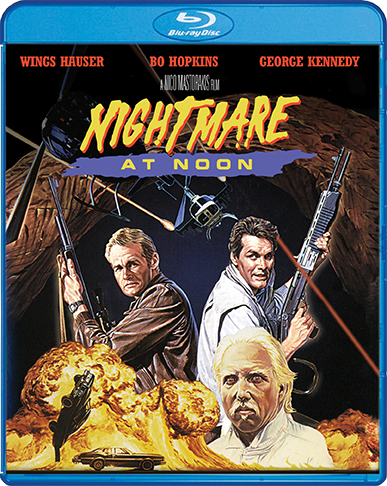 IT'S AN EXPERIMENT IN TERROR!

When three tourists stop at a roadside diner in Canyonland, they become the unwitting victims of a lethal scientific experiment. A deranged powerbroker and his high-tech army have sealed off the town and contaminated the water supply with a deadly toxin which turns calm, normal people into raving lunatics. Joining forces with the local sheriff and his daughter, this small band of holdouts wage an explosive life-or-death battle for survival.