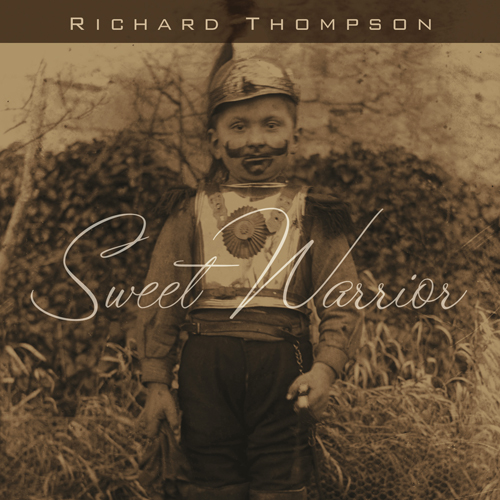 Literate rocker Richard Thompson's new album, Sweet Warrior, is a return to his classic electric sound, his first plugged-in album since 2003's The Old Kit Bag. Filled with 14 songs of stories of loss and betrayal, the album also holds one of Thompson's most overtly political songs to date, "Dad's Gonna Kill Me," told from the perspective of a nervous young soldier stationed in Baghdad (abbreviated as "Dad" in the song). Richard Thompson is a consummate singer, songwriter, and guitarist. His career stretches back to the late '60s, when he was a founding member of the British folk-rock Fairport Convention. In the late '70s, with his then-wife, Linda, he recorded Shoot Out the Lights, which regularly makes critics' lists of the top ten records of all time. In the '90s, he experienced another career renaissance with the album Rumor & Sigh and he remains an elder-statesman of alternative rock.