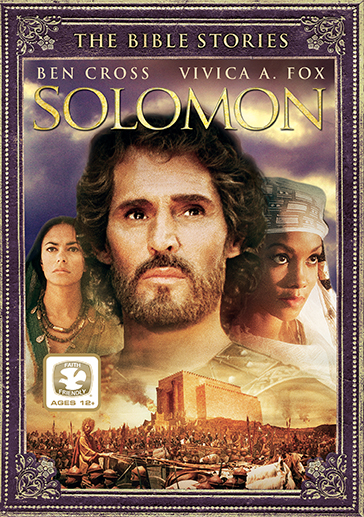 The greatest events from The Bible come to life in The Bible Stories, a series of full-length films presenting powerful and moving tales of faith and glory.

Ben Cross (Chariots of Fire) stars in the title role of Solomon, the son of King David, who inherits his father's title and rules over all of Israel. His famous wisdom guides him well through his royal duties initially, but as he achieves greater and greater highs, Solomon begins to fail his people… and his God.