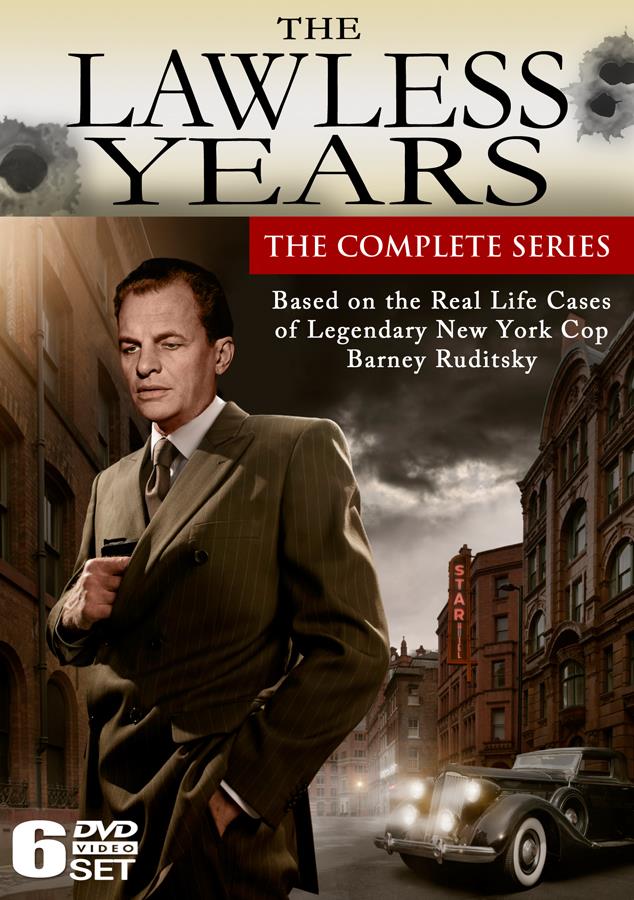 The Lawless Years: The Complete Series

Product Note: It has been brought to our attention that three episodes of The Lawless Years are not on this set (The Mad Dog Coll Story, Parts 1 & 2 and The Sonny Rosen Story II). Since being notified of these omissions, we have attempted to locate copies of these missing episodes, but have been unable to do so.

The Lawless Years is Cadillac driving, booze fueled, tommy gun blazing stories of cops and gangsters in prohibition era New York. Based on the real life cases of New York City Police Detective Sergeant Barney Ruditsky (who was the technical adviser of the series) who headed up the famed "New York Gangster Squad" and made over 5,000 arrests, taking into custody virtually every prominent criminal operating in the city.

This authentic docudrama starring James Gregory (Barney Miller, The Manchurian Candidate) and directed by Allen H. Miner (Perry Mason, M-Squad, Wagon Train) will hit you with the compelling realism of life as a 1920's bootlegger and have you riding shotgun with some of the bravest police officers to work the streets of The Big Apple.