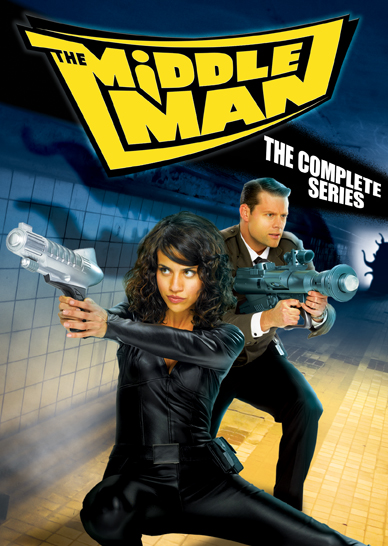 The Middleman: The Complete Series

Based on the series of graphic novels by acclaimed writer Javier Grillo-Marxuach (Lost) and artist Les McClaine, The Middleman focuses on the titular superhero and his new protégé, an aspiring artist named Wendy Watson. Together they defend the Earth against “exotic problems” such as animated Terra Cotta Warriors, evil lucha libre wrestlers, extraterrestrials, trout-eating zombies and much, much more!

Both smart and exciting for fans of all ages, The Middleman scored big with sci-fi fans and critics alike when it debuted as a live-action television series on ABC Family in June of 2008. Now the complete series is available in one collectible 4-disc box set that is chock-full of action, suspense, wit and bonus features brought straight to you by the cast and creators of The Middleman themselves!