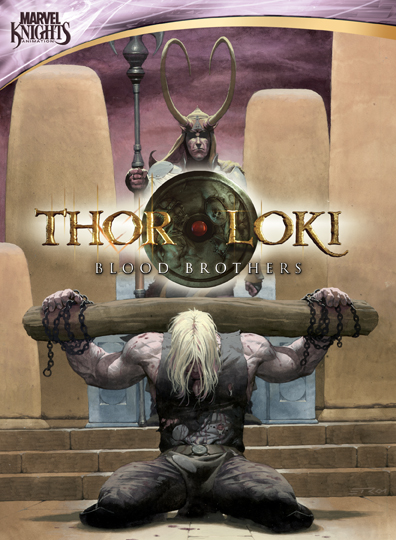 The great halls of Asgard have fallen silent since a new king has overtaken the throne. His name is Loki, son of almighty Odin, brother to the Thunder God, Thor. Once a powerful trickster - the God of Mischief - Loki now rules a grand kingdom with little regard for its subjects. His only thoughts are focused inward, toward the origins of his own pain and suffering. To quell his torment and to gain the respect he feels he so rightfully deserves, Loki must now execute the prisoner chained deep within the dungeons of Asgard, the one man who has ever shown him love. His own brother.

Adapted from the acclaimed miniseries Loki, from Robert Rodi and Esad Ribic, Thor & Loki: Blood Brothers takes a powerful look inside the minds of two legendary nemeses, shedding light, like never before, on the depths of Thor and Loki's hatred - and love - for one another.