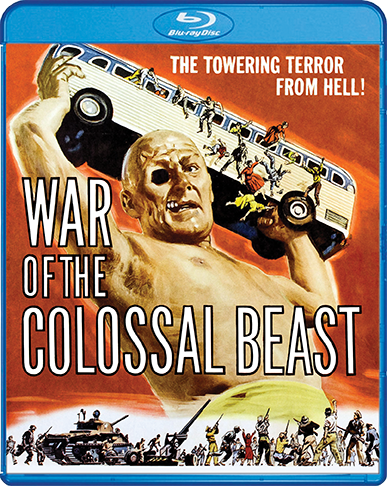 War Of The Colossal Beast

SHE WANTED ONLY TO FIND HER BROTHER ALIVE ... BE CAREFUL WHAT YOU WISH FOR.

After Colonel Glenn Manning survived an experimental plutonium blast that triggered his mutation into a seventy-foot giant, everyone believes he plunged to death from the top of Boulder Dam. Everyone, that is, except for his sister, Joyce. She is convinced that her brother is alive. Joyce sets out to find her brother in the mountains of Mexico ... but she is unprepared for the full truth. Her brother is hideously disfigured now ... and very angry. When he is captured by the authorities, the Colossal Beast escapes to wreak havoc on Los Angeles!

War of the Colossal Beast