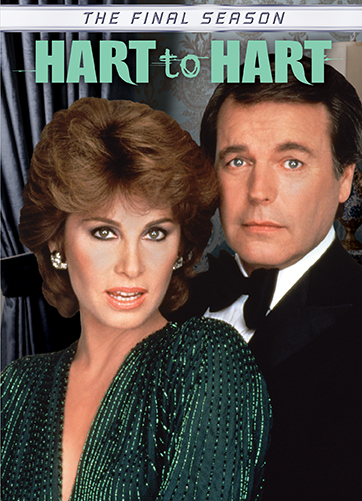 Hart To Hart: The Final Season

All 22 Episodes from the Fabulous Final Season.

Robert Wagner (It Takes A Thief) and Stefanie Powers (The Girl From U.N.C.L.E.) return as your favorite glamorous gumshoes Jonathan and Jennifer Hart in the fifth and final season of Hart to Hart! With their loyal friend and servant Max (Lionel Stander) by their side once again, the Harts are ready to take you to new heights of intrigue and elegance in these final twenty-two episodes of their hit series.

Created by Sidney Sheldon, both a bestselling novelist (Master of the Game, Windmills of the Gods) and hit television producer (I Dream of Jeannie, The Patty Duke Show), Hart to Hart is a smart and sexy detective drama featuring sparkling and witty dialogue, gorgeous costumes, and jet-setting thrills. Your friends at Shout! Factory think that you'll definitely want to add this final season to your collection — cross our Hart and hope to die.

Hart To Hart: The Final Season